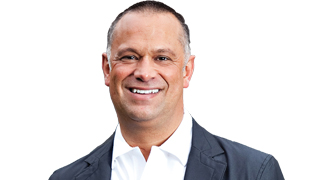 Guy joined Worth Properties in January, 2010, after a distinguished career in corporate marketing and sales. Having specialized in consumer goods and sports marketing for more than twenty years, Guy utilizes these past experiences as well as his knowledge of the Nashville real estate market to provide a unique approach for his clients.

Guy attended Western Kentucky University, from which he graduated with a Marketing degree in 1990. Upon graduation, Guy embarked on an automotive marketing career by joining General Motors in Detroit and mentoring under Chevrolet General Manager, Jim Perkins. After nine years, relocations to Memphis and Baton Rouge, and a number of successful initiatives, Guy departed GM to pursue his passion for open-wheel racing.

From 1999-2001, Guy worked in and around the CART and IndyCar race series where he sold team sponsorships and directed the marketing department for the IndyCar team responsible for placing the first full-time female driver into the IndyCar series. During these years, Guy also assisted with driver selections, car livery and team apparel designs as well as driver media interactions.

In 2002, Guy accepted a management position with Red Bull North America to undertake the launch of Red Bull Energy Drink in Tennessee. Under Guy’s leadership and marketing, Red Bull enjoyed an extremely successful launch that was followed by years of strong and steady sales growth. Over the ensuing eight years, Guy directed all marketing, sponsorship, and relationship development activities for Red Bull across Tennessee. Additionally, Guy oversaw a sampling program that introduced Red Bull to over 1 million consumers, created and executed over 100 live events and coached & mentored hundreds of college students preparing for professional marketing careers. Perhaps Guy’s crowning achievement was the orchestration of Red Bull Flugtag Nashville in Riverfront Park in 2007. The event drew over 80,000 spectators and tremendous national media coverage all while introducing much of Nashville to Red Bull Energy Drink.

For years, Guy was the “Official Realtor” of Tennessee Titans placekicker, Rob Bironas, and the Rob Bironas Foundation. Subsequently, Guy worked with a number of Titans players, local athletes, celebrities and business leaders. Since 2016, Guy has also been the preferred Realtor of Dollar General Corporation, helping with dozens of corporate relocation clients at DG headquarters in Goodlettsville, TN.

Guy has been married to his wonderful wife, Susan, for twenty years. They have a son, Nick, who is a PhD student at the University of Michigan; a daughter, Cody, who lives in Madison, WI, and an incredible four year old grandson named, Jackson!

The Richie’s reside in Brentwood with their handsome English Bulldog, Enzo. In his free time, Guy likes to play golf, fish and travel. He is also a hobbyist wine connoisseur and enjoys woodworking. He served as President of his homeowners association for five years. Guy is a member of the National Association of Realtors, Greater Nashville Realtors, the Nashville chapter of the WKU Alumni Club, the Porsche Club of America, and Bulldog Club of America.

My Pending and Recent Sales