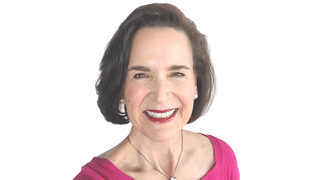 Donna L. Shaffer has made big moves her entire life. Not only has she lived extensively throughout the U.S. and British Virgin Islands and traveled the world internationally, Donna has held top leadership positions across a variety of industries throughout her career. She has spent her life serving people and passions she believes in. From national security to fitness, and spa and hospitality to real estate, service remains at the core of everything she does.

Early in her career, Donna plunged into the fitness industry at Sports Club Company in Los Angeles where she used her degree in Exercise Physiology and Sports Administration from the University of Oregon. In Nashville, she created the first co-ed fitness department for the Executive Downtown YMCA, as well as the first private training, revenue-producing plan for Tennessee’s YMCA. Following her time there, Donna created Spectrum Fitness Corporation where she served the elite business executives of Nashville in private training, nutritional counseling and fitness testing.

Today, Donna acts as an advocate and guide as she helps clients build equity, buying their first home, investing in an income property, and selling their home. Her experience as a former business executive and federal agent has prepared her to protect her client’s assets and serve them, keeping their best interests in mind. She treats each client like her teammate, working hand in hand to provide luxury service and expert advice.

Together, Donna is ready to help you make big moves.